What would we do without butter? 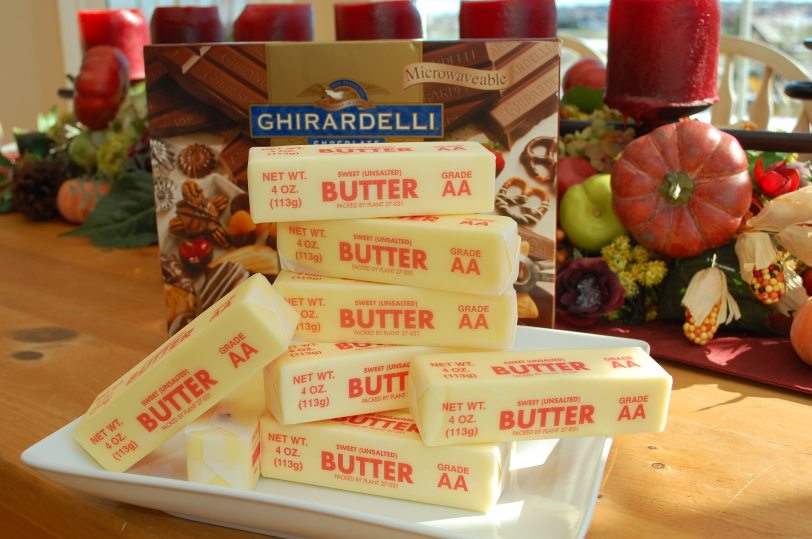 Butter is the greatest invention ever.  It goes with everything.  It can make a piece of dry bread seem like breakfast.  It makes the maple syrup creamier on your stack of flapjacks.  It melts all over your corn on the cob and drips down your hand… ok, maybe I might use too much butter for that. What I really want to know though is who came up with Deep Fried Butter on a Stick?  Was someone eating eating said corn on the cob and decided that they’d eliminate the middle man and just go straight for the butter on a stick? Hmmm.

So the stack of butter in the picture is almost all the butter I used for the pecan bars I made for a non-progressive dinner we went to.  Which you would think would just be called dinner but I hang with people that like to make things complicated. 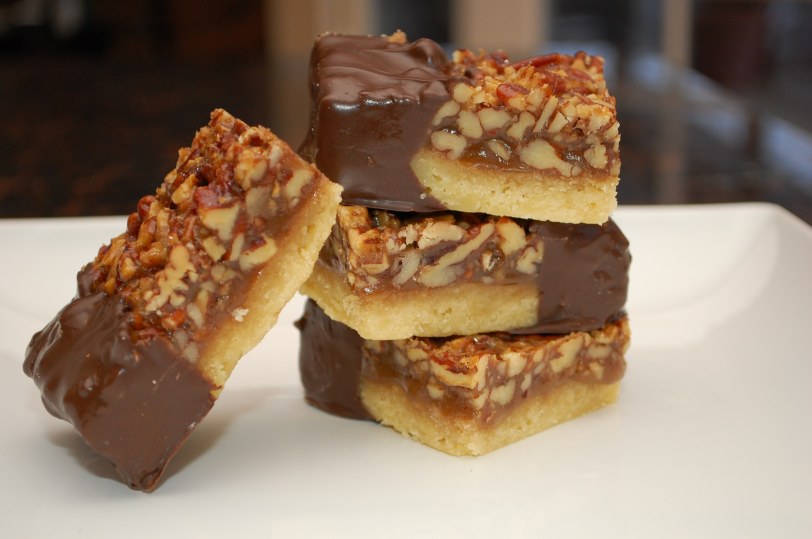 You can also see what I did with the ghirardelli chocolate perched behind the butter.

Incidentally, I’ve given away all my blouses and belts.  While I’m one of butter’s biggest fans, my clothes are not so much.  I’m now strictly a tunic/pajama jean girl.